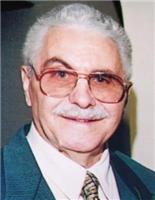 Norberto was born in 1929 in Cavaleiros, Mealhada, Portugal and immigrated to Canada in 1955.

Norberto treasured his family above all things. He was the loving husband of Anne Dodds, who brought love and happiness to his life from their meeting in 1983 until his passing, and who loved and will miss him dearly. He was the bursting-with-pride and dearly beloved father of Virtude (Jose Carlos), Rose and Victor (Corinna), and of his grandchildren, David (Melissa), Madeleine, Lili and Sadie, whose lives are poorer and whose hearts are hurting from his passing. He was predeceased by his best friend and brother, Joaquim Mario (Eulalia), and his sister, Maria Alice (António - deceased). He is survived by his loving and beloved sister, Candida (Bersânio - deceased) and by his nieces and nephews - Maria "Dadita" (Jeff), Carl, Nelson (Martine), George, Brenda (Luis Miguel - deceased), Cidália (Celso), Jerry (Courtney), Pedro (Sara) and Edite (Ulisses), and their children. He was blessed with and will be fondly remembered by his wonderful in-laws - Jean (John) and George (Debbie), and their families: Tara (Marlon) and Grace (Matt) and their children. He will be remembered by his first wife, Maria Graciete.

Norberto's joie de vivre and boundless optimism and generosity of time, spirit and support made him a shining figure in the lives of his family and the many friends and acquaintances whose lives he touched and enriched both in Portugal and in Canada. He was instrumental in helping the first wave of Portuguese immigrants who chose to settle in the London, St. Thomas and West Lorne areas in the 1950s, 60s and 70s to establish themselves in their new land. During this period, he was an entrepreneur in many fields, including as a farmer in Bothwell, and owner/operator of a marina in Wallaceburg, among others. In the 70s and 80s, he provided a home to many hundreds of London's less fortunate citizens at his rooming house on Talbot Street, in the building that had served previously as a monastery. There, he provided shelter and support to many who couldn't find it elsewhere. His loyalty and compassion for some of his tenants, who were most in need, never wavered, and he ensured that these men always had a home, long after he left Talbot Street. In his retirement, Norberto enjoyed over a decade of being a taxi driver with U-Need-A Cab and About Town Taxi, where his captive audience was regaled with stories about his children and grandchildren, who, along with Anne and Joaquim Mario, were the lights of his life. Norberto was an avid gardener, and enjoyed nothing more than working in his garden and sharing its vegetables.

Norberto's passing leaves a hole in the hearts of all who knew and loved him.

In lieu of flowers, donations may be made in Norberto's name to the Canadian Diabetes Association.

Cremation has taken place. A celebration of life will be held at the Church of St. Jude, 1537 Adelaide Street North at Fanshawe Park Road in London, on Saturday, October 5, 2019 from 2 to 4 pm.