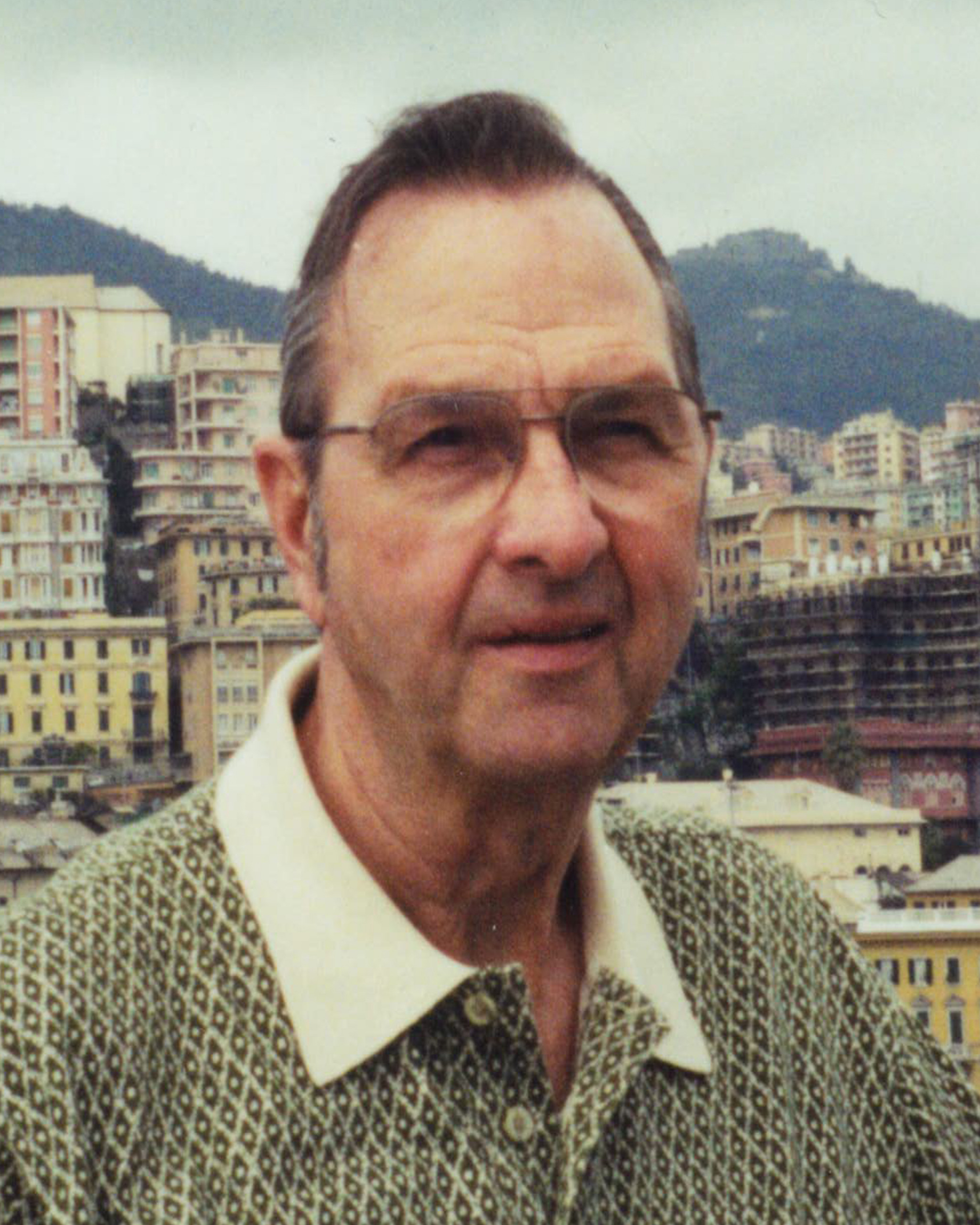 Peacefully in London, on Friday, January 6, 2023, Christopher Michael Sharo, at the age of 89. Beloved husband of Margarete (predeceased) for 67 years. Loving father of Peter Kaupp (Micheline) and Joanne Glenn (née Sharo) (Mike). Proud grandfather of Christian and Amanda Kaupp and Tamara Smith (Bob Yeoman) and Charles (Chad) Smith (predeceased). Great-grandfather of Kayla and Ethan Kaupp and Adeline, Benjamin and Jack Yeoman. Sadly missed as well by his nieces and nephews, James, Diana, Kenneth (predeceased) and Susan Sharo and their children (formerly of Montreal, Quebec); Gabby Patterson of Georgia, USA, Beate (Thilo) Wennel, Bruno (Debra) Neumann, Manfred (Rosie) Kirschner and Christiane Kirschner of Germany. Born in Verdun, Quebec, on October 31, 1933, Christopher (aka Chris), was the son of Michael and Kathleen (née Brady, of Dublin, Ireland) and the youngest of his siblings Henry and Patrick. Christopher worked at the Canadian National Railroad for his entire life, starting as a train car cleaner and being promoted to Yardmaster. He took an early retirement at age 58.  He met his wife, Margarete, when she immigrated to Canada from Germany, and they married on Jan. 8, 1955. Shortly after they moved to St. Hubert, Quebec.  Prior to meeting Margarete, he had done a stint in the Canadian Army as a Gunner and was discharged in 1951. Afterwards, he decided to pursue a trade in carpentry, and became a journeyman on November 26, 1954.  Christopher was a jack-of-all-trades, and was also skilled in electronics, automotive repair, plumbing, and general carpentry.  He had many creative interests. He was a ham radio operator (VE2-DBS), and wrote an article about a radio tower he had built, entitiled "The Wooden Yagi", which was published in QST magazine, February 1968. He attended the American Floral Art School, in Chicago, Illinois and graduated in Modern Floral Design on March 7, 1969. He then opened a part-time floral business from his home, called "Flowers By Christopher".  Christopher was an avid woodworker and had an extensive workshop.  He built his garage, a wooden boat, several children's furniture, a wall unit,  and even renovated and re-built his house in St. Hubert from a bungalow to a split level.  Chris was a cancer survivor and enjoyed life to the fullest. He loved the outdoors, and used to go on fishing trips with his friend, George, who also worked for the CN, for Pike and Walleye in Quebec. He enjoyed camping in Algonquin Park to skiing in Stowe, Vermont. In 1993, Chris and Margarete moved to London, Ontario.  Chris had a keen mind and was also well-versed in computers and electronic technology. Chris enjoyed travelling throughout Canada and the US by train and car. In his retirement years, Chris and Margarete went on numerous cruises to Europe, Australia and through the Panama Canal. He especially enjoyed bridge tournaments on-board. He will be missed by all who knew and loved him. Visitors will be received in the O’Neil Funeral Home, 350 William St., London  on Friday, January 13,  2023  from 10:00 a.m. until 12:00 p.m. followed by a private family interment in St. Peter’s Cemetery, London at 12:30 p.m. Friends and family are invited to watch the livestream  of the visitation at www.twitch.tv/ofh_london
Online condolences & Guest Book at www.oneilfuneralhome.ca