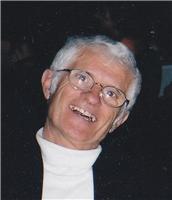 
Peacefully with his family at his side at Victoria Hospital on Tuesday, April 9, 2013 Carmelo "Chuck" Angelo Farrugia in his 78th year. Beloved husband of Mary "Maura" Farrugia (nee Casey). Dear father of Carmelo and his wife Linda Farrugia and Patrick Farrugia all of London. Loving grandfather of Melissa (Paul) Hurteau, Meaghan (Andrew) Sinker and Jonathan Farrugia (Shanlee). Great grandfather of Cameron and Ashlyn Hurteau. Survived by his brother Victor (Shirley) and sister-in-law Doris. Predeceased by his brother Alfred "Fred". Visitors will be received in the O'Neil Funeral Home, 350 William Street, on Friday, April 12, 2013 from Noon until the time of service at 1:30 p.m. in the St. Dismas Chapel. Private internment to follow in St. Peter's Cemetery. Memorial donations may be made to the London Food Bank, 926 Leathorne Street, N5Z 3M5. The family would like to express their sincere thanks to the nurses at CCAC, VON and Victoria Hospital C-6 Pallative Care unit.
To order memorial trees in memory of Carmelo Angelo Farrugia, please visit our tree store.