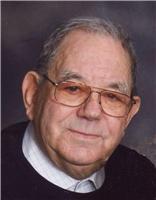 MARQUES - Antonio Dias
Quietly, without warning, on Wednesday, October 28, 2015, Antonio Dias Marques passed away in his 86th year. Tony is survived by his wife of 54 years, Maria da Conceiao (Costa), his children: Maria (Tony DiCicco), Rosita (Clifford Madinger) and Joe (Tanya Masse), along with his grandchildren Serena and Sofia Di Cicco, Alida and Katrina Madinger, Bailey, Paiege and Matthew Marques. Also survived by his brother Jose(Maria do Ceu), his sister Maria (Fernando), his sister-in-law Maria Rita (Manuel dec.), brother-in-law Armindo Costa (Fernanda) and sister-in-law Maria Augusta Alves, all of Portugal. "Tio Marques" will be dearly missed by his twenty-two nieces and nephews, numberous great-nieces and great-nephews as well as his great-great nieces Lidia and Clara, and great-great nephew Duarte, all of Portugal. Tony was predeceased by his parents, Hermenejildo and Rosa, his in-laws Jose and Maria Costa, his brothers and sisters-in-law Manuel (Conceicao), Antonio, Bina (Manuel), Abilio and Francisco (Emilia), as well as a niece and three nephews. Tony was born in Vila Nova de Familicao, Portugal, on January 4, 1930 and immigrate to Canada in 1957. In the early years, Tony worked througout Ontario, Manitoba and Saskatchewan before finally settling in London in 1960. Tony was grateful for all the friends he met through Holy Cross Parish and the Portuguese Club of London. Because of his time as a Police Officer in Lisbon, he was given his nick-name "Policia" by other members of the Portuguese community. After his retirement from Western University in 1990, Tony and Maria were able to travel throughout North America, but his favourite vacation was always a return to his roots visiting family and old friends. Tony will be missed by his many neighbours and friends throughout Canada, Portugal and the United States. Tony's family would appreciate memorial donations to Holy Cross Building Fund or the Heart & Stroke Foundation. The family extends their sincere gratitude to all the paramedics and police officers who did their best to help Tony. Visitors will be received in the O'Neil Funeral Home, 350 William St. on Friday, October 30, from 2:00 - 4:00 and 7:00 - 9:00 p.m. Mass of Christian Burial will be celebrated in Holy Cross Church, (Elm St at Hamilton Rd) on Saturday at 10:00 a.m. followed by entombment in St. Peter's Cemetery, London.Online condolences and guest book at www.oneilfuneralhome